The first Chucs location opened its doors on Mayfair’s Dover Street in London during the summer of 2014, and has since expanded into six thriving restaurants. The restaurant welcomes guests with nautical-themed opulence; polished brass railings, vintage prints of the Amalfi coast, and wooden paneling complete the unique restaurant concept.

As Chucs grew, and the brand expanded its concept to reflect a restaurant and café-style offering, the burgeoning business needed a customizable point of sale (POS) solution. Avi Jethwa, Chucs’ general manager, explained that at one point, the business had five restaurants operating under three different POS systems. A strong match for the growing business, Revel eventually became the go-to POS solution across all Chucs locations.

Grow your business, not your problems

When Chucs’ Dover Street location expanded to include a second location at Westbourne Grove, the two locations were still run fairly independently. As the brand expanded to four more locations, its offerings diversified as well, encompassing both restaurant and café concepts. Both concepts offer customers a predominantly Italian menu with Mediterranean influences, but the cafés are faster-paced environments, while the restaurants lend themselves to more leisurely dining experiences with complex menus. Because Chucs has multiple locations and different live concepts, Revel’s ability to directly copy and update menus on the management console and push those updates to other locations proved to be critical time saver. Chucs also built the steps and actions on its café POS’s to be simpler and easier to follow, accommodating the fast-paced environment. “The nice thing is that you can copy products and menus directly to new sites. You can easily set up a till exactly how another restaurant had it set up,” said Jethwa. When running multi-unit operations, it’s also helpful to have your POS serve as an instinctual gut check by allowing users to copy and paste menus directly, rather than risking human error when opening new locations. Jethwa explained that when Chucs opened three of its new sites, “we just used the Dove Street location as a template, which helps make sure every location abides by the same guidelines. It makes everything transparent.”

When asked what the biggest pain point reliever was as a result of using Revel, Jethwa said that it’s “mainly the user-friendly aspect of it, both for managers and employees.” As the “people POS,” Revel builds products with customers and operators in mind, and prioritizes easy training as an essential tool for both parties. “I think everyone that comes across it, including managers, employees, and front of house staff, seems to like it because it’s easy to understand.” said Jethwa. In addition to training employees, managing them effectively is important to general managers like Jethwa, who oversee human resources and payroll. From the management console, operators can get the whole picture with views of shifts, hours, and wages, and can email schedules directly to employees. Revel also makes it easy to assign permissions and roles directly from the management console. 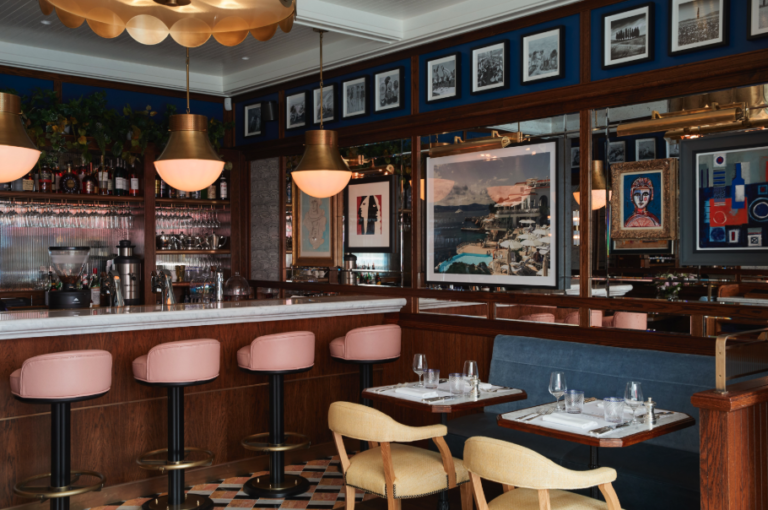 Revel’s ability to directly copy and update menus on the management console and push those updates to other locations proved to be critical time saver. Chucs also built the steps and actions on its café POS’s to be simpler and easier to follow, accommodating the fast-paced environment. And because Revel builds products with customers and operators in mind, staff found that the training and reporting were both intuitive and user-friendly.

Because we used Revel at two of our sites, but had experience with others, we realized that Revel was the strongest of all. It could support everything we wanted to do. When we opened up our new sites, we stuck with Revel.

Revel has become part of the glue that connects Chucs’ various locations and restaurant concepts. Revel’s intuitive, cloud-based solution makes running, and growing, a multi-unit operation easier. Chucs made the decision to power that growth with Revel.