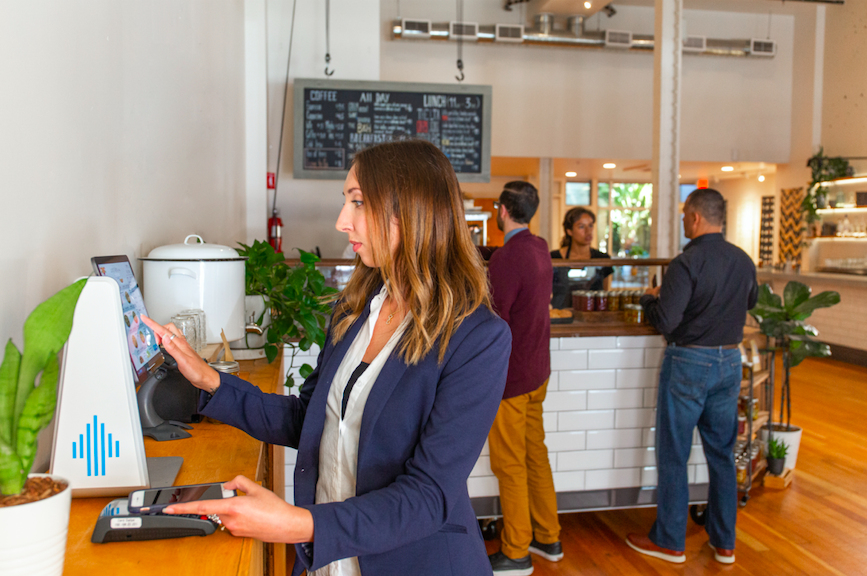 What Are NFC Mobile Payments?

NFC is seen by many as the future of contactless payment. In fact, it’s already in use in other applications like train stations and office buildings.

If you want to know more about NFC and the impact it will have on the future of business, read on as we answer, “what is NFC and payment?” We’ll discuss this new technology, how it works, and why you want to use it in your business. We’ll then give you an easy and cost-effective way to begin using NFC technology today.

NFC stands for “Near Field Communication.” It’s a wireless communication standard that’s meant for shorter range, high-speed data transmission between two devices. One is the transmitter, and the other is the receiver. Both of them can either be active or passive.

Passive devices don’t require a source of power to receive and transmit data, capitalizing on the low-power nature of NFC technology. They can be things like terminals, NFC readers, or advertisement tags. They are convenient and can be placed anywhere. However, passive devices can’t process data on their own, nor can they connect to other passive NFC devices.

Active devices are NFC-enabled and use a power source to run. They can send and receive NFC data, as well as communicate with other devices or process data. The best example of an active device is your smartphone. NFC card readers, such as those you find in train stations, are also good examples.

Compared to Bluetooth, it features a much shorter range of only 10 cm. This makes the former still the best option for wirelessly connecting different devices together and sending large file sizes.

However, there is one area where NFC is the best choice: contactless payment via mobile phone. It is way faster than Bluetooth, in itself already a speedier upgrade to magnetic strips.

This technology is now used in most smartphone payment gateways such as Samsung Pay, Google Pay, and Apple Pay. In addition, it’s also a common sight in office and residential buildings as a way to limit access.

How Does it Work?

The technology behind NFC is similar to RFID, which uses radio waves to send and receive data. The difference is that NFC uses a new set of protocols for wireless communication, as well as limiting it only to a specific frequency of 13.56 MHz.

To initiate NFC transmission, you need to have the sender and receiving device be in close contact with each other—around an inch or two. Once this happens, the data is encrypted. Electromagnetic fields are then used to transmit the actual data to the recipient device. The receiver might then need to send data encrypted data back, repeating the cycle until the transaction is complete. All of this just takes seconds.

One of the best features is that it supports passive devices, which don’t require a power source. Instead, these devices are activated by the electromagnetic field of an active device that comes into range. The power generated is just enough to receive the data from the sending device.

NFC supports three modes of operation based on the situation:

Security is one of the primary considerations when using NFC over any other wireless technology. Its level is right at par with that of EMV, the current standard that’s a significant improvement over magnetic strips.

A big reason for NFC’s security is its use of encryption. It’s in sharp contrast to the data in your card’s magnetic stripe, which is easily read with shelf equipment. The data is also dynamic, which means it continually changes, so hackers can’t decipher it.

NFC also uses tokenization, which encrypts your data into something unintelligible while it’s being transmitted. Apple Pay, for example, replaces your financial information with a random number that it extracts using an encryption algorithm. Should hackers steal your data, all they will get is something unusable.

Fingerprints are also a big part of why it is a secure way to pay. As you know, your prints are unique and impossible to replicate. Payments with Apple Pay require a finger scan using Touch ID or facial recognition through face ID, ensuring that it’s you who authorizes the payment. Even if thieves were to get your smartphone, they still wouldn’t be able to access your financial data.

Reasons to Accept this Technology

NFC payments offer a lot of benefits. A lot of people make the comparison to Bluetooth or EMV, which are technologies we already have.

Bluetooth is a great technology that works for longer-range, large data transfers. EMV, on the other hand, is a payment technology that’s faster and more secure than the traditional magnetic stripes of credit cards. Both have their use cases.

In certain situations, however, NFC is the superior choice over these two because of its security, speed, and convenience.

These payments are some of the safest in the industry because of the many techniques the technology uses.

One of them is tokenizing your data. That means the data is encrypted and scrambled into something unusable while being transmitted, so hackers can’t decipher it even if they intercept it. Each transaction features a unique token, so it’s impossible to break.

Today’s smartphones also offer an added layer of security: fingerprint scanning. For example, Apple Pay requires the person to enter this finger scan via Touch ID before making any payment. A person’s fingerprint is impossible to create, making it foolproof.

NFC by nature also works only at shorter distances, so at least you’re supervising and authorizing the transfer.

Payment using NFC also has a big advantage: speed. That’s because it doesn’t need communication and verification between source and destination, as EMV does. Compared to Bluetooth or EMV, data transfer in NFC is way faster while maintaining the same level of security.

When you tap your smartphone in a compatible terminal, for example, it takes seconds for your payment information to be transmitted. This makes mobile payments a practical reality in the world of tomorrow.

Mobile phones have become the center of everyone’s digital life. It can now extend into mobile payments as well.

In the future, you might not need to bring out your wallet or EMV cards just to make a payment. You just need to tap your smartphone, which you already have out most of the time, to pay for purchases.

Another big advantage that NFC has over EMV or Bluetooth is that it consumes less power. That means you can use the technology in passive devices like tags without the need to power them up. The result is that it’s easier and cheaper to make NFC terminals much more ubiquitous, further boosting adoption.

How to Pay with NFC Mobile Payments

If you would like to pay via NFC with your mobile phone, first make sure your smartphone supports the feature. Of course, the merchant needs to be able to accept NFC payments as well.

For Apple users, you need to have iPhone 6 or later to be able to use NFC payments. Later-generation iPads also support NFC starting with iPad Pro, iPad Air 2, and third-generation iPad Mini.

For Android users, all devices running version 4.4 or later can support NFC. Up to Android 9.0, it’s known as Android Beam. You need to enable it in your Settings under the “NFC and payments” section.

Once you confirm your device supports NFC, you then need a mobile wallet app to send and receive payments. iOS users can use Apple Pay to make NFC payments. You will be asked to sync your iTunes payment info during setup. For Android users, Google Pay is the way to go. For Samsung users, there’s Samsung Pay.

You can use other mobile wallets available on the web. You’ll usually need to scan your credit card information using your camera’s phone. After that, it’s as easy as holding your phone near the NFC terminal to make a payment.

The best businesses always adapt to new payment technologies such as NFC. Revel makes it easy for your business to do this with support for flexible payment methods. Get in touch with us today to schedule a free demo. 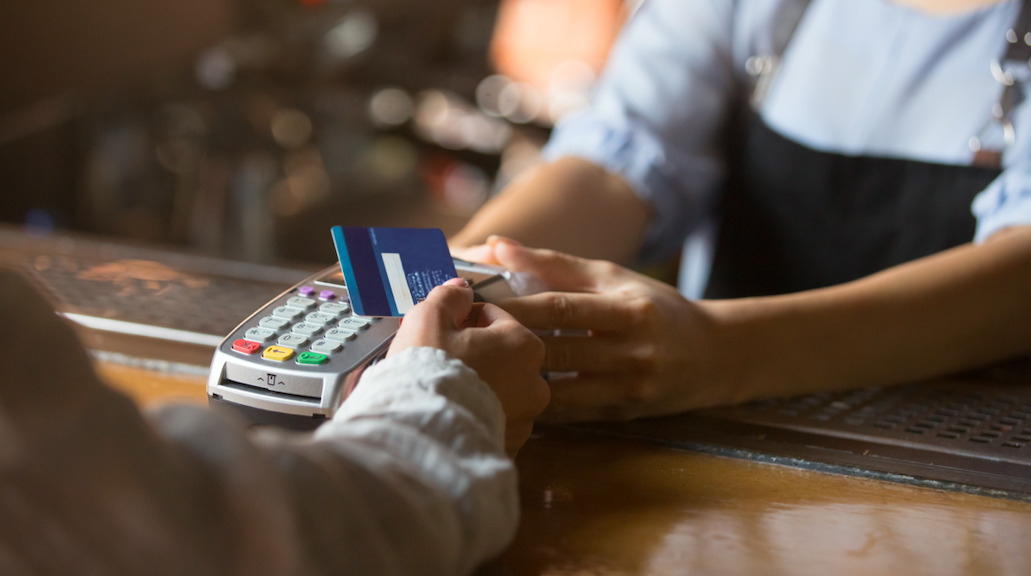 What is PCI Compliance? A Guide to Requirements & Standards 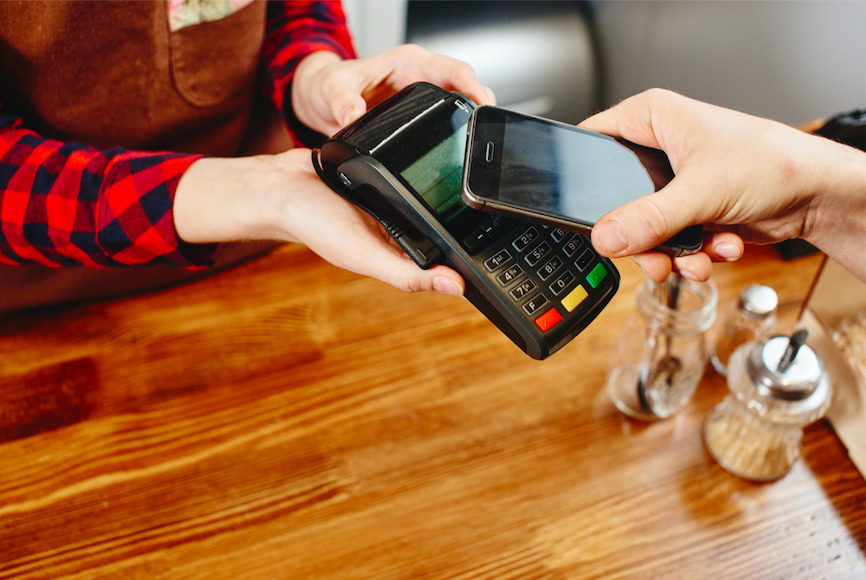 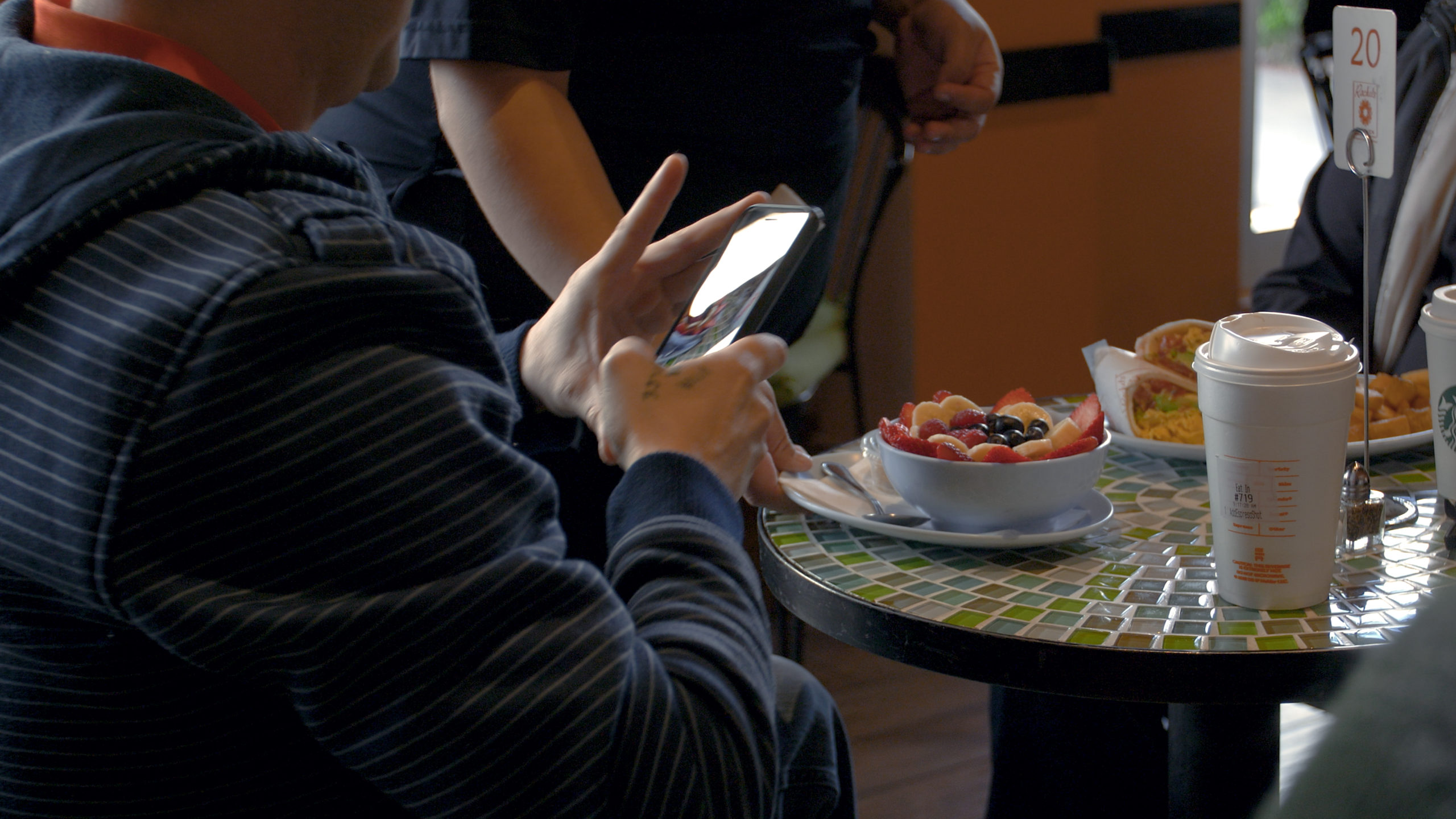