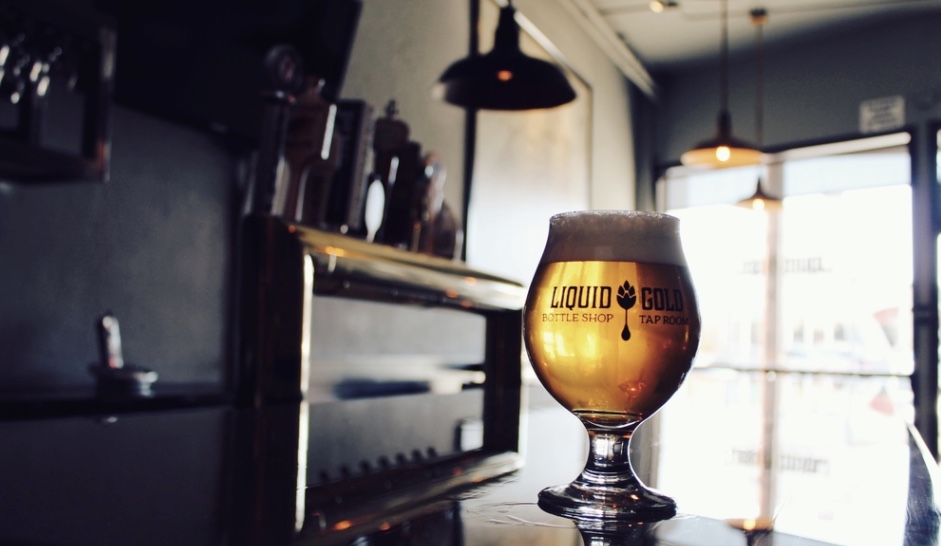 Do you ever feel stuck in your job, dreaming of what you really want to do with your life? Timothy Lee, now owner of Liquid Gold, gets it. He worked for numerous companies, jumping from job to job, before he took the first leap to pursue his dream of owning his own bar business. Lee always wanted to have a business of his own and he knew Liquid Gold was it. His love and passion for home brewing and craft beer are endless, and he knew that’s where he wanted to take his career. He decided to ditch his comfortable and stable life for something more risky, but in return extremely more rewarding. Sometimes we have to get out of our comfort zones to make our dreams into a reality, and that’s exactly what Lee did.

Lee worked for others his entire life before starting Liquid Gold. He never felt content with what he was doing before, constantly searching for more out of his day-to-day work. One day, Lee had an ah-ha moment where it just hit him: he realized he had to do something for himself. After years of never finding anything that really intrigued him and only working to pay the bills, he finally felt that it was his time to do something that would get him up in the morning and make him excited to go to work. It took Lee 2 years from the day he started planning to the day he opened shop, but it was all worth it.

Getting the neighborhood’s approval

Aside from the lengthy and confusing process with permits, Lee found a big challenge in gaining the approval of his neighbors. Being a local business in San Francisco, it is extremely important to have good graces from the community. The neighborhood where Liquid Gold resides is packed with other bars, and neighbors are always hesitant when a new bar business comes into the area. It is easy to have a misconception of bars when there are so many in the area.

Lee addressed this challenge by going around his neighborhood and having personal 1-on-1 chats with his neighbors. He got to personally know each one, and convince them that his business isn’t just another bar; but rather a tasting bar, where customers can learn about craft beer. The neighborhood was very well-receptive and accepted Lee’s pursuit for his dream. Liquid Gold isn’t like every other bar and it has become a neighborhood staple for those in San Francisco.

Today, Liquid Gold is a huge success and it has gotten more press coverage than Lee could have ever imagined. His business has been featured in major publications, including the SF Chronicle, Zagat, FourSquare, 7×7, and Vogue Japan.

It’s been well over a year since opening day and Lee is extremely happy with his decision of risking it all to own his first business. He absolutely has no regrets and is glad he pursued a new route that finally got him to where he wants to be. After seeing the success of Liquid Gold, Lee has gained the confidence to explore other business opportunities as well.

Lee wanted to offer some words of advice to other first-time business owners.

He shared, “Definitely don’t be afraid to pursue your dreams. Life is too short and time flies. If you don’t do it now, when will you? You should pursue what you really want now, as there might not be a tomorrow. And as we get older, priorities in life change. I, personally, didn’t want to wake up one day as a 50 or 60 year old and find myself still working at a cubicle, regretting that I never pursued the dreams I had for myself. Taking the first leap is the hardest part, but it’s worth leaving stability for what makes you happy.”

If you’re ever in San Francisco, make sure to stop by Liquid Gold for a refreshing beer.