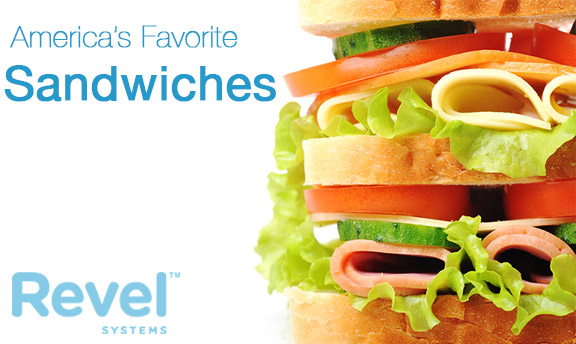 The American sandwich ranks high on the international culinary scene. Perfectly executed artisan sandwiches that put a spin on traditional flavor combinations can elevate your menu to local fame. But it all begins with a simple classic. Here are some facts and stats on five favorites of the American palate:

PB&J. According to Chefs.com, the average American student will have consumed 1,500 peanut butter and jelly sandwiches upon graduation from high school. Popularized during the Depression because of the affordable price of peanut butter, the sandwich was included in Army rations during WWII. It continues to be a healthy staple of the American diet, with April 2 being National Peanut Butter and Jelly Day.

Pastrami. The pastrami sandwich must be simple, consisting of tender meat, bread, and mustard. Sauerkraut, caramelized onions, and pickles are a few of the select additions accepted on the classic sandwich that began in the Jewish delis of New York’s Lower East side. Katz’s Delicatessen is famous for serving the traditional New York version for more than century, while California’s Langer’s offers stiff competition on the West Coast.

Cuban. This savory combination of roast pork, ham, cheese, and pickles between two slices of pressed Cuban bread has a long and interesting history in the U.S. It was popularized in the U.S. as a lunch staple for Cuban immigrants working in the Florida cigar factories of the late 19th to early 20th century. Tampa and Miami have battled over who makes the most authentic Cuban Sandwich, but Tampa’s Ybor City is home to the first official Cuban Sandwich Festival.

BLTA. With the addition of avocado, the bacon, lettuce, and tomato sandwich has never been the same. It’s no surprise that the classic sandwich received this popular upgrade in California, where it is sometimes called “the California BLT.”

Your deli’s sandwiches are made with care, with the likes of micro-grown greens, house-made aioli, homemade bread, and high-quality meats on the table. While always a labor of love, your personal favorites don’t necessarily match customer tastes. That’s where Revel’s in-depth reporting tool comes in—revealing which sandwiches sell best, so you can keep them coming back for more.