5 Monsters Who Could Use a Point of Sale

Halloween is upon us. This is a time for monsters to celebrate. But what if those monsters needed to run a business? We’ve developed a list of 5 monsters who could use a Point of Sale system. 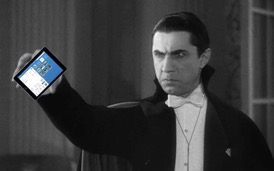 Let’s start with the Count. Most people think Count Dracula wants your blood; which he does, but most importantly he wants your love. He wants someone to stay with him…FOREVER. Instead of hypnosis and bloodsucking however, Dracula could use a loyalty program to keep rewarding his “customers” and incentivize them with reasons to stay. Next time Dracula leans in close for a bite he’ll whisper, “I vant to offer you revards!”

Another common monster misconception is poor old Frankenstein. Frankenstein is the name of the scientist who creates the monster referred to in literature as “monster”, “it”, and “thing.” Frankenstein should have had better judgment when creating his monster. He could’ve used the inventory management feature included in our iPad Point of Sale. Frankenstein’s monster is like Bigfoot, they’re both misunderstood. If Frankenstein had used the proper ingredients and inventory at the time the monster was made, his creation may not have caused him such pain and misery. Next time, his monster will be saying, “Hello” instead of, “ARHGRHRGHRGAHGRHG!”

Werewolf and always on mode 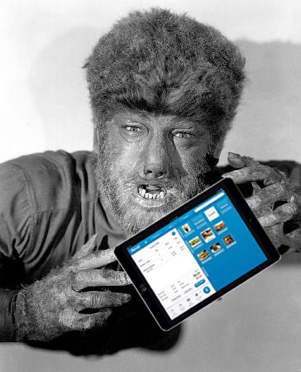 A full moon comes once a month. But what about a moon that is always shinning? Now that’s something to howl about. A werewolf’s dream would be to prey on victims every night, year round. What if there was an always on mode for Werewolves? They might want to invest in our iPad Point of Sale technology. Our Always on Mode keeps businesses up and running during the most disastrous circumstances. Next time you’re at work, take a good long look at the guy with a thick beard that scratches his neck a lot. You know the one I’m talking about. Tell him about our Always on Mode and see if he howls with delight. 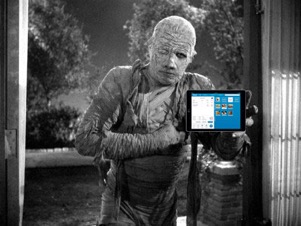 Next we have the Mummy, a classic monster. Mummies have gotten a bad rep (or bad wrap) over the years, always tripping themselves when chasing humans. There’s just too much paper to deal with when all you want to do is simply curse your enemies for all of eternity. Mummies should be given a paper-less option. Our receipt options allow customers, or mummies, the ability to choose if they want a paper receipt or not. Some mummies might want more paper, in an attempt to lasso people and catch them easier. The option is yours mummies!

Zombie and speed of service 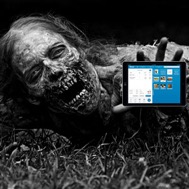 Brains. That’s all zombies care about these days. Problem is they can’t get their slow zombies legs moving fast enough to get more brains. There’s a way to speed this process up. With our iPad Point of Sale, lines move 14% faster than the average system. Imagine zombies moving 14% faster. They’ll go from Dawn of the Dead zombies to 28 Days Later zombies in no time. Watch out brains!